Safety when working at height

Historically most personal injury cases were based in the law of negligence. Negligence is the failure to take reasonable care to avoid likely injury. Over recent years health and safety regulations have been brought into effect. These are European regulations which become part of our law.

The difference between negligence and these regulations is that rather than a rather vague law of carelessness, we now have a very specific set of regulations. A good example is the Work at Height Regulations 2005. 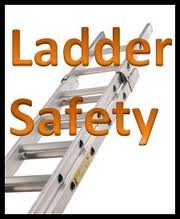 The Regulation starts by saying you should avoid work at height. Avoid the hazard in the first place is the starting point. You must then assess the safe way to undertake a task, that assessment must be undertaken by a properly qualified person, and all involved in the work must be trained. Health and Safety is sometimes seen as a joke, probably by those who do not work at height.

A recent case in the Court of Appeal is a good illustration of the Work at Height Regulations in operation.

Mr Bhatt was injured when he fell from a ladder at work. He worked at a garage, made up of a car showroom, a parts department, a workshop and a car washing area and car park. He was over 50 years of age and had worked for the garage for over 25 years. The garage stored bumpers and spoilers for cars in a loft area above the car showroom. A long aluminium ladder was the means of getting to the loft. It had rubber non-slip feet, and was to be propped up against the lip of the hatchway into the loft area. One person would secure the foot of the ladder whilst someone else climbed up.

Mr Robinson, a Director of the company, took an active interest in health and safety issues. He decided that the arrangements for access were less than ideal and that he would therefore restrict the number of people allowed to go up in the loft to three people including himself and Mr Bhatt. He gave a practical demonstration to a Mr Lawler and the Claimant at some point before the accident as to how it should be done. Mr Robinson said that the Claimant had been up the ladder on a number of occasions prior to the accident. The Claimant denied that he had. The Judge found that the Claimant had not been telling the truth when he said he had never been up the ladder before or that he did not know that the ladder was supposed to be footed.

On the day of the accident, the Claimant went up the ladder, but it was not footed. As he got near to the top of the ladder, the ladder slipped and he fell. Not surprisingly Mr Bhatt did not have a clear memory of what had happened. The Judge found Mr Bhatt knew perfectly well that if he had waited a couple of moments someone would have come to foot the ladder for him. The Judge found that the accident had occurred as a result of a breach at the Work at Height Regulations 2005 and in particular a breach of Regulation 5, in that Mr Robinson was not competent to engage in organisation and planning in relation to work at height; a breach of Regulation 6(2), in that it was reasonably practicable for the bumpers and spoilers to be stored somewhere else; and a breach of Regulation 7(2), because, if the loft was a storage area a pull down ladder should have been installed.

It was necessary to start with the Regulations rather than with the Claimant’s conduct. The Regulations were aimed at avoiding or minimising the risks inherent in working at height. Work at height should be avoided altogether if it was reasonably practicable to carry out the work otherwise – Regulation 6(2). If work at height could not be avoided, the risks had to be minimised by, amongst other things, the selection of work equipment that was appropriate and met the other requirements of Regulation 7(2).

In respect of Regulation 5, the Judge had found that, although well meaning, Mr Robinson had not had even the most cursory training in health and safety matters and was therefore not competent to engage in organisation and planning in relation to work at height. That amounted to a breach of Regulation 5. However, it was accepted by the Claimant that such a breach was of causative significance only insofar as it resulted in consequential breaches of Regulations 4, 6 and 7.

In respect of Regulation 6(2), the burden was on the company to show that it was disproportionate to the risk to require the goods to be stored elsewhere than in the loft.

As to Regulation 7(2), it had not been in issue that a fixed ladder could have been installed. On the evidence before the Judge, he had been entitled to conclude that the moveable ladder was not appropriate or the most suitable work equipment.

The Judge had been correct to find that those breaches exposed the Claimant to an unacceptable risk. The Claimant could not be said to be wholly to blame for the accident. The Defendant’s breaches placed the Claimant in a situation of risk to which he would not have been exposed if the Regulations had been complied with. The way in which he had analysed matters when considering contributory negligence showed that the Defendant’s breaches were, in his view, the cause of the accident.

Mr Bhatt’s failure to follow the prescribed procedure when doing work he should not have been required to do at all, and when using equipment that he should not have been required to use if the work was to be done, did not mean that the accident was caused by him alone, but went to contributory negligence. The Judge’s finding of only one-third contributory negligence was perhaps generous to the Claimant, but there had been no Appeal against that finding and it was not a finding with which the Court of Appeal would readily interfere.

The appeal of the Defendant Company was dismissed.

It is possible that had the case been brought under the law of negligence alone, the Claimant might have lost the case, as it may have been the decision that he should have known better and took a risk. The Regulations enforce the very sensible view that an employee should not be exposed to risk in the first place.

There is a useful explanation of contributory negligence on this site – please click here.

Personal injury and accident specialist solicitor
View all posts by Mark Thompson →
This entry was posted in Workplace accident claim. Bookmark the permalink.