I would like to tell you about a case where a 13 year old boy was hanging out with his mates outside some shops. They were on the pavement and not close to the road. Next to the pavement was a parking area, a layby if you like, and cars were parked there. The road was a normal urban road with two carriageways and a 30 miles per hour speed limit. It was starting to get dark but vision was not a problem.

The driver approached the area with the shops and the group of boys to his right. He was driving at about 25 miles per hour and had not noticed the boys. 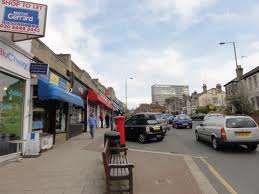 The claimant pedestrian threw an ice cream at one of his group, and to avoid retaliation ran across the pavement, through the parked cars, and into the road. He had to cross one lane of the road before colliding with the front offside wing of the car. The driver had not noticed the boy until he hit the car, and the driver would say it all happened very quickly.

So what do you think? Is the driver to blame for the road accident, or is the pedestrian at fault?

Many drivers would say that because they were within the speed limit they should not be blamed. They would be wrong, as the speed limit is the maximum speed, and drivers must take account of what is going on around them. A Court will have to decide what is the safe speed in such circumstances.

These cases are usually decided on the basis of distance and time. At 25 miles per hour there was no time for the driver to react, let alone stop. The Judge decided the circumstances dictated a speed of 15 miles per hour was the safe speed, and at that speed the driver could have stopped. So the driver was found to blame, but so was the pedestrian. A 13 year old boy is expected to know how to cross roads and the like, so the finding of contributory negligence was 50 per cent.

The driver’s insurance company appealed hoping the Court of Appeal would exonerate the driver, or at least increase the contributory negligence finding against the pedestrian. An appeal is not a rehearing of the evidence, it is an examination of the decision on paper.

The finding that the driver should have been travelling at 15 miles per hour was said to be unrealistic, and a counsel of perfection. There was no indication that anyone was going to cross the road so 25 miles per hour was acceptable. By not seeing the pedestrian run out the driver was still found to be at fault. The driver may not have been able to stop, but he could have slowed and therefore reduced the extent of the injury had he seen the pedestrian earlier. So the appeal court confirmed the driver was at fault, but it increased the pedestrian’s contributory negligence from 50 to 75 per cent.

Every case is different, so only very general guidelines can be drawn from a case like this. What it does tell you is that the standard of driving required is high. The driver of a vehicle travelling even at 25 miles per hour is capable of causing significant injury. There was no damage to the car in this incident, but the pedestrian was seriously injured.

The case is Paramasivan v Wicks and the full report of the Court of Appeal decision is available at http://www.bailii.org/cgi-bin/markup.cgi?doc=/ew/cases/EWCA/Civ/2013/262.html&query=Paramasivan&method=boolean

We use cookies to ensure that we give you the best experience on our website. If you continue to use this site we will assume that you are happy to proceed.No problemNot agreedPrivacy policy