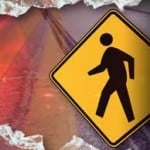 Personal injury and accident specialist solicitor
View all posts by Mark Thompson →
This entry was posted in Pedestrian road accident and tagged pedestrian accident, pedestrian hit by car, pedestrian ran down by taxi. Bookmark the permalink.