If a motorcyclist is overtaking a line of traffic and hits a vehicle which pulls out of that line a claim for compensation will be defended. The argument is the motorcycle was being ridden too fast, or filtering was not safe. 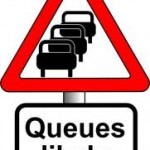 Well I have a refreshing case to tell you about which might make the insurers think twice before arguing about speed and filtering.

A line of traffic was queuing, and moving a few yards at a time, and a car driver decided he was going nowhere fast. He knew the road and turned right towards a track on the opposite side of the road. His plan was to turn around and go back in the opposite direction. As he turned across the opposite carriageway his car was hit by a motorcycle which had been travelling in the same direction.

This was a two lane road, with a broken white line, and a 60 miles per hour speed limit. Weather was clear, road dry, and a good line of sight either side of the accident point.

There were a few witnesses which was vital, as the rider had no memory of what happened. Road accident experts were also called to help the Judge with the collision speed, and the likely speed of the motorcycle before the accident.

The Judge’s finding was that even had the motorcycle’s speed been lower, the accident would still have happened, and the injuries would have been serious. 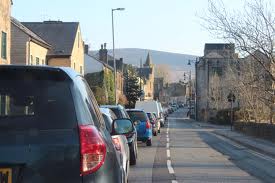 So the argument was not about who caused the accident, it was the driver’s fault. The question was whether the motorcyclist had contributed to his injuries by travelling too fast. There was no contributory negligence on the riders part so no reduction in the compensation.

So the answer to the question I posed is there is no safe or unsafe speed, as each case is different and depends on its own facts.

The decision is short and very readable and is available at http://www.bailii.org/ew/cases/EWHC/QB/2012/2197.html

One thought on “Is there a safe speed for a motorcycle overtaking a stationary traffic queue?”