Contributory negligence or partial fault is an important subject and worthy of its own section.

You prove your case by showing you were injured by someone who did not take reasonable care for your safety. They might be able to show you were partially to blame and contributed to the injury. Your contribution is assessed as a percentage. That same percentage is knocked off your compensation. That may sound fair enough, but the effect is harsh. Losing 50 per cent of a £2,000 claim may not be the end of the world, but in a larger case, where most of the compensation is ear-marked to pay for long term care, losing even a small percentage for contributory negligence, can be very expensive indeed.

A regular argument against the claim of a motorcyclist is speed. “I did not see 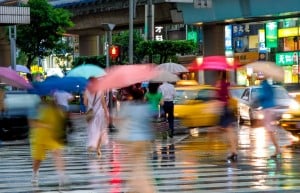 you” says the car driver, but if you had been riding more slowly I would have seen you.

Do not quickly accept contributory negligence. The test for negligence is not high. Have you failed to take reasonable care for the safety of someone else? That is the test for negligence and a low standard of proof is applied. Called the balance of probabilities, something must be shown to be more likely than not. This means it is not difficult to show someone is at fault and, on the other side of the argument, it may not be difficult to show you have contributed.

Where does the balance of responsibility lie? Someone driving a large and heavy metal object, such as a car, must take more care than a pedestrian. An employer has responsibility for the work place and equipment, so carries that additional level of responsibility. Do not forget this balance when thinking about contributory negligence.

3 thoughts on “Contributory negligence or partly to blame”