Time limits can prevent a compensation claim for industrial disease.

A case for compensation following an accident is time-barred or out of time if Court proceedings are not commenced within three years of the accident. The date by which the Court action must be started is easy to identify if injury is caused by a one-off accident. 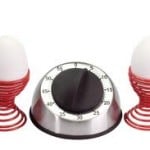 But if the injury is a condition or disease caused by long term working conditions the three year time limit still applies, but when does the clock start to run against a claimant? END_OF_DOCUMENT_TOKEN_TO_BE_REPLACED

What if you worked for a company many years ago and were exposed to asbestos?

You contract an asbestos related industrial disease and seek compensation. You then find the company you worked for no longer exists, and the insurance policy it had for liability to its employees did not cover asbestos exposure. What are you to do? 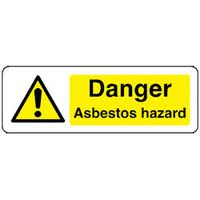 The answer might be to check if your company was a subsidiary of another company.

The story in a case called Chandler v Cape PLC went like this. Mr Chandler worked for an asbestos manufacturer Cape Building Products Ltd which was a wholly owned subsidiary of Cape PLC between 1959 and 1962. In 2007 Mr Chandler discovered he had contracted asbestosis from exposure to asbestos dust. The problem was that by that time the employer company, Cape Building  Products Ltd, no longer existed. That is not a problem if the company was insured at the time of the employment, but here its employee liability insurance policies excluded asbestosis. The answer was to bring a negligence claim against Cape PLC, the parent company, on the basis it owed and had breached a duty of care to Mr Chandler.

The High Court found for Mr Chandler, and the Court of Appeal agreed. This is a powerful case for Claimants in asbestos and other industrial disease compensation cases.

Don’t get carried away though, as a close relationship between the companies must be proved. The Court of Appeal used these guidelines:

So what you must show is the organisations were one and the same, and the parent knew exactly what was going on in the subsidiary. So a very close relationship is necessary between the companies.

These cases are hard fought as insurance companies which received a premium, and companies using asbestos, many years ago are still paying out compensation for the long term damage done by asbestos. They are determined to bring their liabilities to an end, so every now and then test cases are run. If an appeal is possible I am sure Cape PLC will take their chance and run its argument again.

The trouble for Cape is that it was a company heavily involved in asbestos, with knowledge of its dangers. Setting up subsidiary companies to concentrate in different business areas may have made sense in business terms, but in legal terms it did not create a barrier to liability for injury.

I recently met an old friend, David Carter, who remains a great friend and representative to all those who worked in the Devonport Royal Dockyard at Plymouth. He has long been an adviser to those who have suffered the consequences of asbestos, in his trade union position before retirement, and as a helpful friend since.

David wrote to the local papers with some very sensible advice to those who have worked with asbestos. He suggests you keep a written record of your employers and the work you did which exposed you to asbestos. He has in mind someone who suffers an asbestos disease many years after their employment. To gain compensation the first question will be where did you work, the dates, and how were you exposed to asbestos. Making a record today will produce a better record than your answers in twenty years time. Your record also makes it easier for your family to take action if you are too ill to help.

It is sad to be offering such advise, but it is very good advice. My experience of asbestos compensation cases is that the asbestos injury is made a little easier by the knowledge that some financial security will be left behind for the family. So make that employment record now following David’s advice below. If you do it will make winning compensation easier and quicker.

The full text of David Carter’s letter was printed in the Plymouth Herald with the headline:

“In time, nobody will remember us Yardies

It was in the late 1970s, after much trade union pressure, that the Ministry of Defence began an investigation into the possible health hazard of asbestos dust inhalation by employees working on ships under refit or repair.

The main activity of the investigation was at Devonport Dockyard. It happened to coincide with the latter part of a four-year modernisation of Ark Royal, in my view the last true aircraft carrier, with steam boilers, turbines and fitted with aircraft catapults and arrester gear.

My personal association with asbestos insulation started in 1947 as a 15-year-old apprentice, on a conducted tour of a ship in refit, walking through a messdeck where a painter was spraying asbestos material on the shipside. I was told the process was called SLA (sprayed limpet asbestos). The problems with dust occurred years later when SLA was removed in an uncontrolled manner, and the men, supervisors and managers were unaware of the dangers. Time has shown that asbestos disease has no respect of rank or authority.

So this letter is directed at men who are aged over 50, who once worked in the dockyard and may have been exposed to asbestos dust. I am not advocating any form of compensation claim, but I am strongly advising each of you should put pen to paper and record where you were working, what ships you remember working on, the names of your supervisors and the names and addresses of any living workmates. Sign it in the presence of a witness who should also sign, date and add an address. Then put it away in a place of safety. Don’t leave it for somebody else to do, remember there were 16,000 of us working in the yard during the Cold War years.

In time nobody is going to remember us and there are very few individual records in existence.

Industrial deafness as a workplace injury has been a known risk for many years.

The problem of industrial deafness, and how to avoid it, has been known to employers for many years. As long ago as 1963, that is 48 years ago, employers were informed by the then government of the danger. The guideline “acceptable” level of noise was a compromise between what could be achieved with the equipment installed in factories, and the safety of employees. So even at or below the “acceptable” noise level people could still suffer industrial deafness, but in theory the level of exposure meant a lower level of deafness. The compromise was to reduce the noise level for workers, but not to do it overnight to avoid too much immediate expense. END_OF_DOCUMENT_TOKEN_TO_BE_REPLACED

Who should pay for asbestos injury?

Many headlines and reports were written about an asbestos decision made in The Court of Appeal on 8 October 2010.

The case was called the employers’ liability “trigger litigation.”

The issue was whether an insurance company should pay compensation for the employer found liable for the injury based on the time the injured person was exposed to asbestos, or the date when the injury starts to become apparent, for example when a tumour actually starts to develop. That is a very important question for the insurer, and very important for those injured by exposure to asbestos. END_OF_DOCUMENT_TOKEN_TO_BE_REPLACED

The need to trace the employers’ liability insurer of a company arises when a personal injury claim is to be made based on employment many years ago. Cases involving asbestos exposure and industrial deafness are the classic example.

If the employer company no longer exists, then the usual route is to track down their insurance company at the time. A Court will usually agree to restore the company to the “record” as the process is called, and the insurer will pay any compensation found to be due. No problem you might say, but what if you cannot find the insurance company. END_OF_DOCUMENT_TOKEN_TO_BE_REPLACED